In this post we’ll list a collection of important free mindfulness course that can be helpful for you to develop and cultivate a meditation and mindfulness practice. All of these are completely free and easy to access wherever you are. We’ve put an emphasis on quality and not quantity. This is a compilation of resources collected from our online community text channel called #resources.

In this short video course, they talk about ‘Seeing the goodness’, ‘Freedom through Self-compassion’ and ‘The Power of Awareness to Change Your Life’.

Tara Brach holds a PhD in Clinical Psychology and teaches meditation internationally. Founder and senior teacher of the Insight Meditation Community of Washington, DC (IMCW), Tara is the author of the bestselling Radical Acceptance and her latest book, Radical Compassion. Tara’s weekly podcasts are downloaded over 1.5 million times each month.

Jack Kornfield has been teaching meditation globally since 1974 and is one of the key teachers to introduce mindfulness practices to the West. He is co-founder of the Insight Meditation Society in Barre, Massachusetts, and the Spirit Rock Center in Woodacre, California. His 16 books have sold 1.5 million copies. He is a father, husband, and holds a PhD in clinical psychology.

This course will examine how Buddhism is faring under this scrutiny. Are neuroscientists starting to understand how meditation “works”? Would such an understanding validate meditation—or might physical explanations of meditation undermine the spiritual significance attributed to it? And how are some of the basic Buddhist claims about the human mind holding up? We’ll pay special attention to some highly counterintuitive doctrines: that the self doesn’t exist, and that much of perceived reality is in some sense illusory. Do these claims, radical as they sound, make a certain kind of sense in light of modern psychology? And what are the implications of all this for how we should live our lives? Can meditation make us not just happier, but better people? All the features of this course are available for free. It does not offer a certificate upon completion.

Robert Wright is the New York Times bestselling author of The Evolution of God (a finalist for the Pulitzer Prize), Nonzero, The Moral Animal (named one of the ten best books of the year by The New York Times Book Review), Three Scientists and their Gods (a finalist for the National Book Critics Circle Award), and Why Buddhism Is True. He is the co-founder and editor-in-chief of the widely respected Bloggingheads.tv and has written for The New Yorker, The New York Times, Time, Wired, The Intercept, The Wall Street Journal, and Slate. He has been a senior editor at the Atlantic and at The New Republic, where he also served as acting editor. He has taught in the psychology department at Penn and the religion department at Princeton, where he also created the popular online course “Buddhism and Modern Psychology.” He is currently President of the Nonzero Foundation and Visiting Professor of Science and Religion at Union Theological Seminary in New York.

Harvard University – Buddhism through its scriptures

Whether you are new to the study of Buddhism or have been studying it or practicing it for years, this course will provide you with the opportunity to become acquainted with a variety of Buddhist teachings while guiding you to think about them, and yourself, in new ways.

Through a combination of carefully selected readings, both scriptural and informational, as well as exposure to various forms of Buddhist practice such as art, devotional acts, and literary works, you will learn how to interpret, reflect upon, and apply the teachings of the Buddha to your own life and deepen your understanding of Buddhism.

Great for beginner and advanced meditators alike, this course is designed to help you:
– Respond rather than react to stress
– Change habitual reactivity patterns
– Cultivate self-awareness
– Learn the most established secular mindfulness program

Developed by Dr. Jon Kabat-Zinn in the late 1970s in the UMass medical school in order to help patients with chronic pain, with many elements of Buddhist traditions, the purely secular program and other mindfulness-based interventions like MBCT, have now been adopted into schools, prisons, hospitals, veterans’ centers, and other environments. These programs have been implemented in many other fields, such as; healthy aging, pain management, depression relapse prevention, children with special needs, drug addiction and intervention during the perinatal period.

Jon Kabat-Zinn, Ph.D. is internationally known for his work as a scientist, writer, and meditation teacher engaged in bringing mindfulness into the mainstream of medicine and society. He is Professor of Medicine emeritus at the University of Massachusetts Medical School, where he founded its world-renowned Mindfulness-Based Stress Reduction Clinic (in 1979), and the Center for Mindfulness in Medicine, Health Care, and Society (in 1995).  He retired from his positions at the medical center in 2000. The Center for Mindfulness has been under the leadership of Dr. Saki Santorelli since that time, and during those years, it has grown remarkably and its programs have become more and more influential both in the US and internationally.

Evolving from the popular Honours Academy course at Leiden University, this innovative free mindfulness course combines conventional scholarly inquiry from multiple disciplines (ranging from psychology, through philosophy, to politics) with experiential learning (including specially designed ‘meditation labs,’ in which you’ll get chance to practice and analyze mindfulness on yourself). In the end, the course aims to provide a responsible, comprehensive, and inclusive education about (and in) mindfulness as a contemporary phenomenon.

Interest in meditation, mindfulness, and contemplation has grown exponentially in recent years. Rather than being seen as mystical practices from ancient Buddhism or esoteric philosophy, they are increasingly seen as technologies rooted in evidence from psychology and neuroscience. Mindfulness has become the basis for numerous therapeutic interventions, both as a treatment in healthcare and as a means of enhancing well-being and happiness. For millions around the world, mindfulness has become a life-style choice, enhancing and enriching everyday experience. Mindfulness is big business.

But, what actually is mindfulness? Is it really good for you? Can anyone learn it? How can you recognize charlatans? Would you want to live in a mindful society, and would it smell like sandalwood? What does it feel like to be mindful? Are you mindful already, and how would you know?

Educated in Cambridge, Keiō (Tokyo), and Oxford Universities, Chris Goto-Jones is Dean of Humanities and Professor of Philosophy at the University of Victoria. He is also a Professorial Research Fellow at SOAS, University of London, and guest Professor in the Honours Academy at Leiden University, where he was previously Professor of Comparative Philosophy & Political Thought, Professor of Modern Japan Studies, and founding Dean of Leiden University College, The Hague. He is a VICI laureate of the Netherlands Organization for Scientific Research (NWO), and Director the Mental Praxis project concerning Mindfulness and Philosophy. He is a fully trained and experienced teacher of Mindfulness, meditation, and various martial arts; he is also a supervisor of Mindfulness teachers.

Buddhism is an ancient religion based on the teachings of the Buddha (“Awakened One”)—the title given to the Indian spiritual seeker Siddhartha Gautama after he attained enlightenment more than 2,600 years ago. The Buddha’s best-known teachings, the four noble truths and the eightfold path, describe the nature of human suffering and a way to liberate oneself from the existential pains of life and reach nirvana.

These teachings spread from India throughout Asia and eventually the rest of the world. While the broader Buddhist family includes many different schools with their own beliefs and practices, these various traditions share a conviction that one can come to understand the truth of existence by living an ethical life dedicated to spiritual development.

Buddhism for Beginners is an initiative of Tricycle: The Buddhist Review, a print and digital magazine dedicated to making Buddhist teachings and practices broadly available.

Learn how to meditate in seven days – Insight Timer

This free mindfulness course is for those who are completely new to meditation. Over the next 7 days, you will explore the breath, the mind, the body and your emotional states. The meditations in this course will help you learn to calmly focus and concentrate your mind and bring your full awareness to something specific such as being more compassionate, more kind, or help in overcoming life’s difficulties. After learning a number of techniques, you will walk away ready to continue your practice using whichever method suits you best.

This is a free course offered by Insight Timer to help you master the basics of meditation. Guided by Sarah Blondin, and musicians Slow Meadow, Eternell, Cris Coleman and Swami Madhura. Sarah Blondin is the founder, writer, videographer and podcast host for ‘live awake’.

We hope you will be able to find a beneficial free mindfulness course that is fitting to what you are looking for. We’ve compiled this list based on our own experiences with the teachers and courses. If you have any additional courses or resources you’d like to recommend, let us know in the comments!

Book club recordings for After Buddhism By Stephen Batchelor 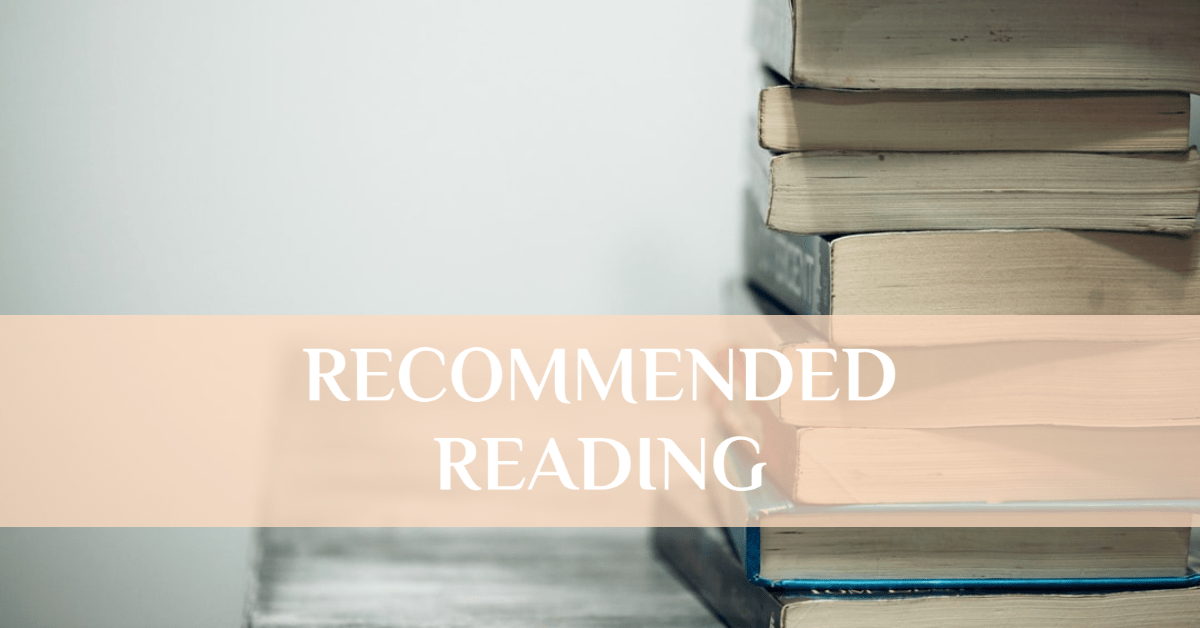 One thought on “Free mindfulness course”